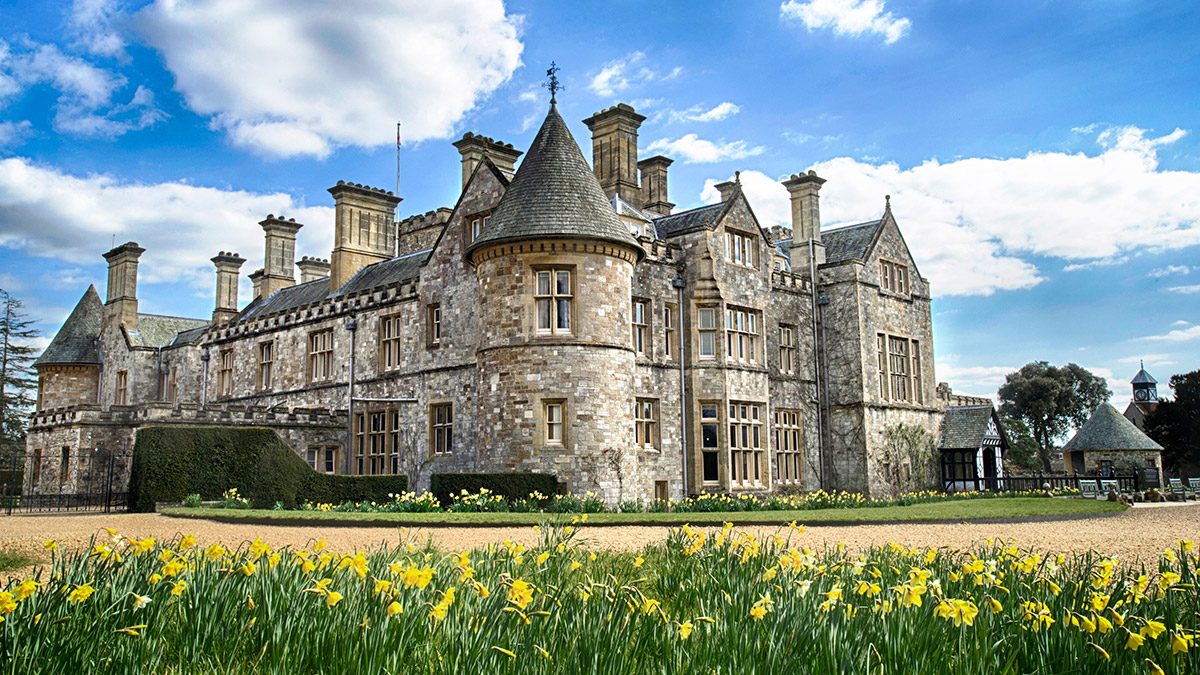 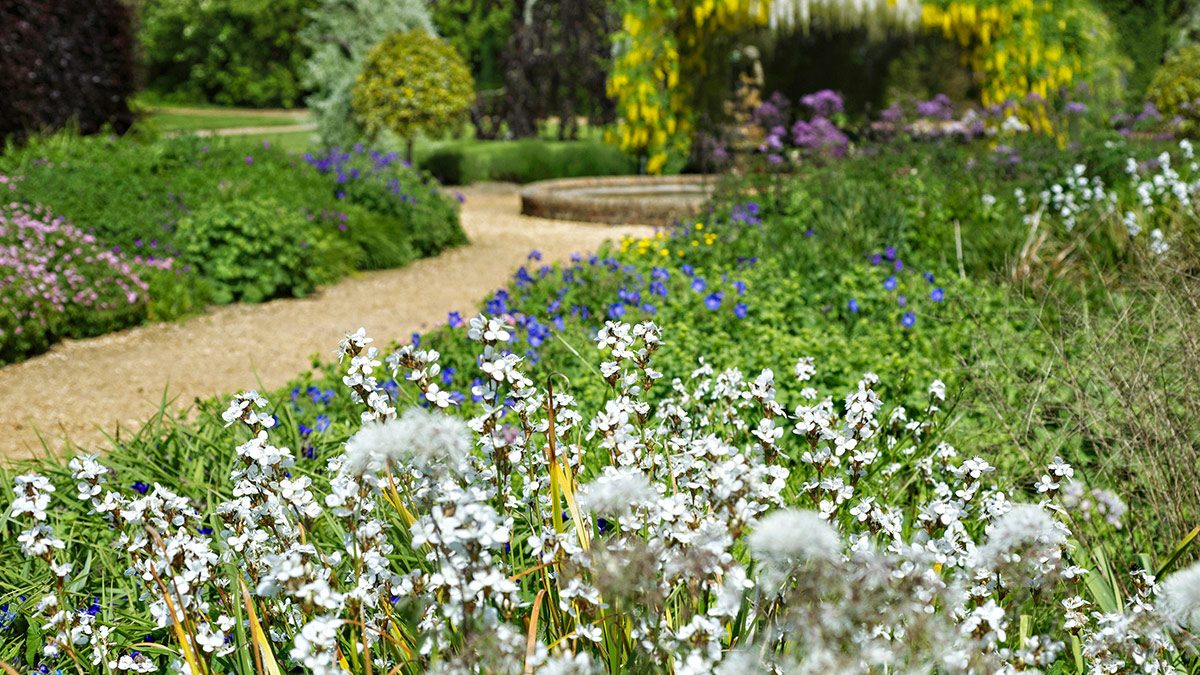 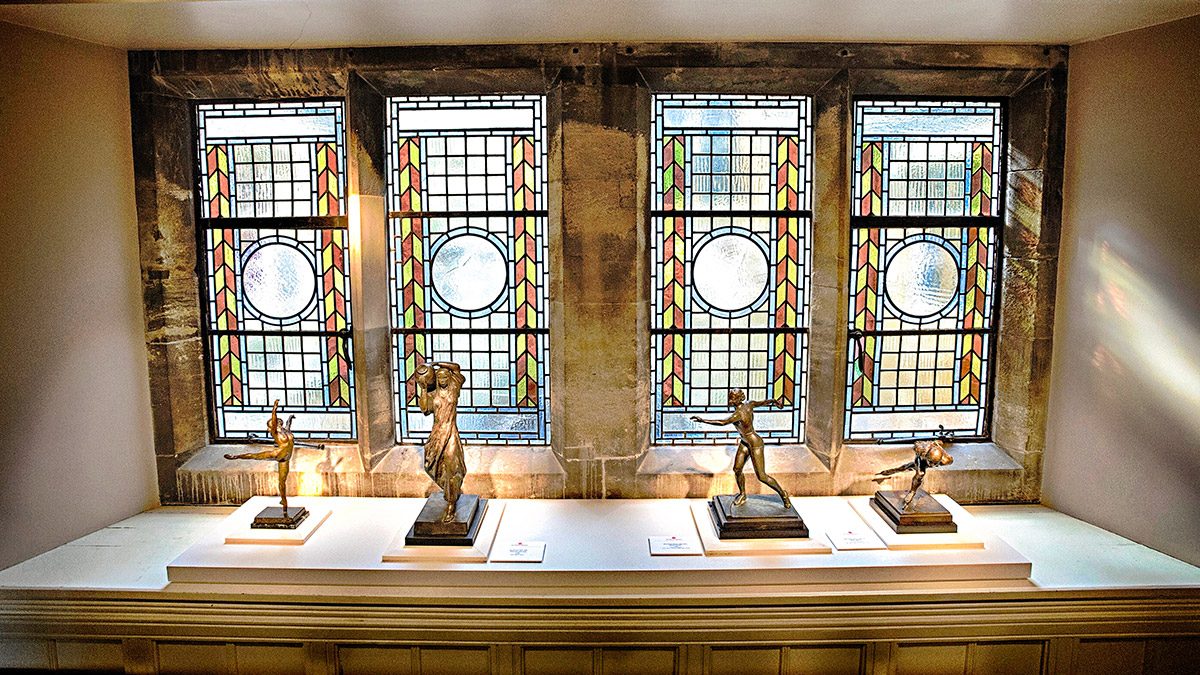 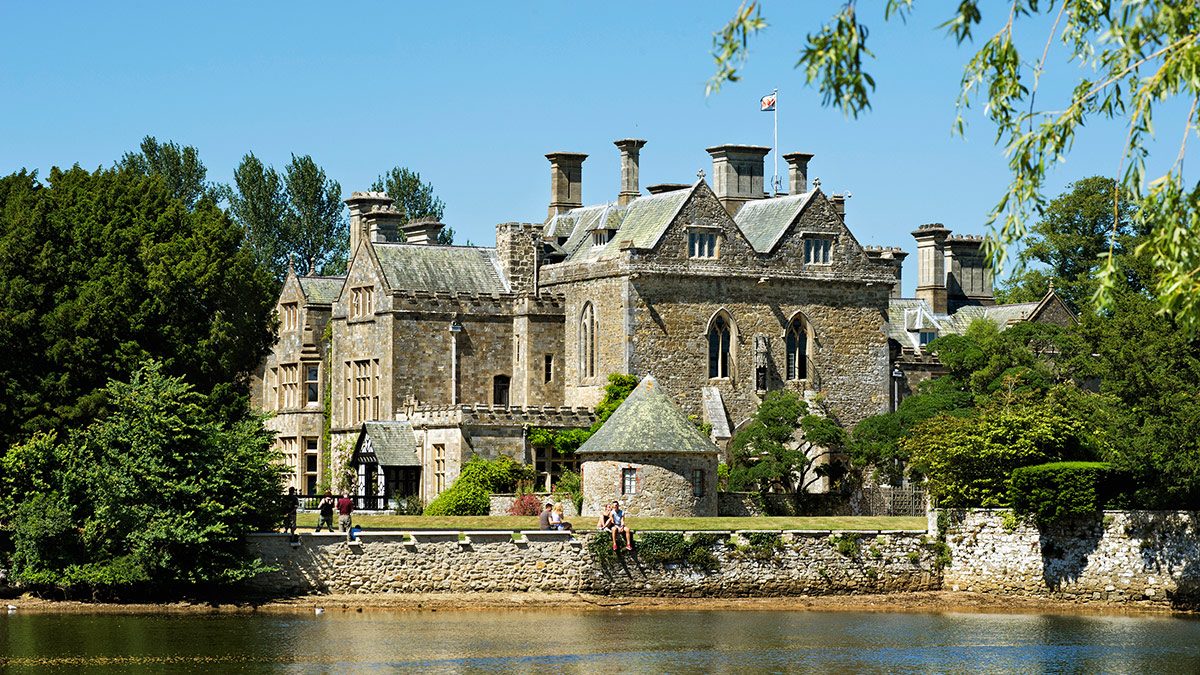 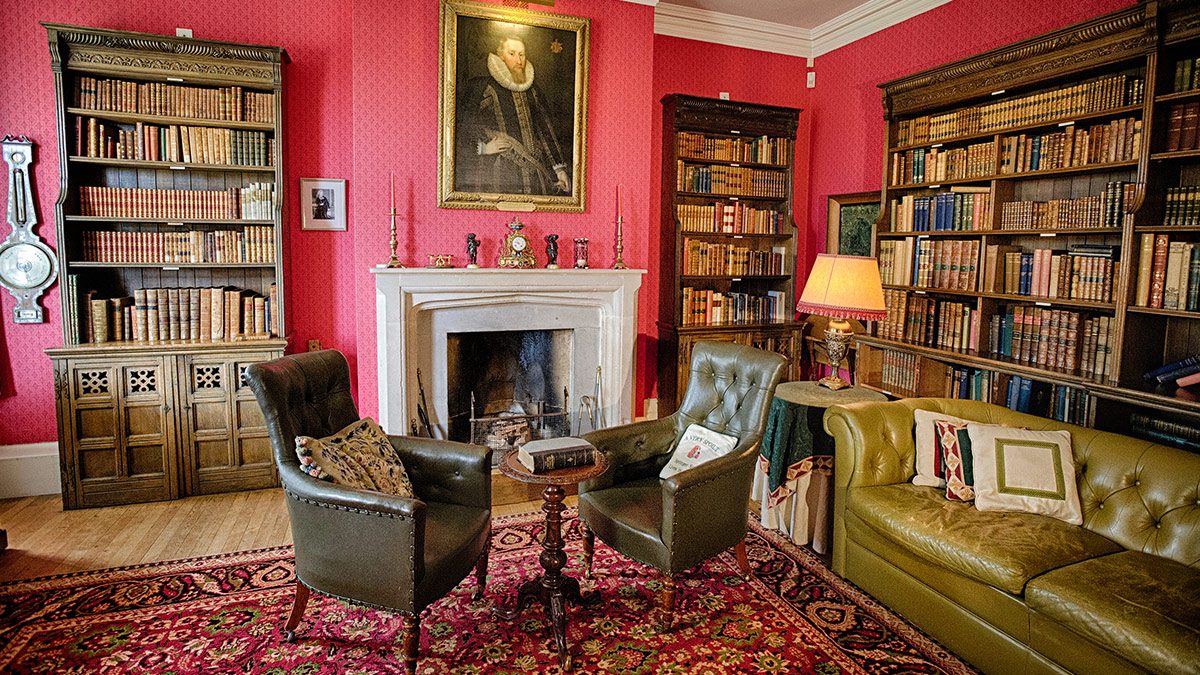 Beaulieu, ancestral home of the Montagu family since 1538, ranks highly amongst Britain's favourite attractions. Delightfully situated in the former grounds of the Abbey on the banks of the Beaulieu River, Palace House was built around the former Abbey Gatehouse and is a fine example of a Victorian country house. The gardens include the fragrant Victorian Flower Garden, the informal Wilderness Garden, dating back to the 1770s, and the Victorian Kitchen Garden. The world famous National Motor Museum in the grounds contains a priceless collection of over 250 historic vehicles.
Show all Houses

In 1952, Lord Montagu placed five Veteran cars on display in the Entrance Hall of Palace House as a tribute to his late father, a motoring pioneer. From these humble beginnings, the National Motor Museum would later develop

The bell board in the kitchen has 35 unique bells linked to each of the main rooms by a series of wires. Servants would have been able to distinguish one bell from another by their differing tones

Palace House is haunted by the ghost of Countess Isabella, who has been seen walking through walls and making ghostly noises. Visitors who have seen her in the main house asked why the costumed guide wouldn’t speak to them!

The oldest piece of furniture in Palace House is the ‘Abbot’s bread cupboard’ - an oak rectangular dwarf cupboard, parts of which are thought to date from the 14th century